Have you ever been so into an announced game that you give it unproven high expectations then you should have? That is what I did for Bounty Battle. By no means is that a bad thing, it just goes to show that as gamers we need to temper our expectations. Bounty Battle is the ultimate indie fighting game: a new 2D fighter, where you can pit your favorite Indie heroes against one another. This title showcases characters from top indie games such as: Guacamelee!, Darkest Dungeon, Dead Cells, Awesomenauts, Nuclear Throne, Owlboy, Axiom Verge, SteamWorld Dig, Jotun, Battle Chasers Nightwar, Death’s Gambit, EITR, Super Comboman, Pankapu, Flinthook, Doko Roko, Tower of Samsara, Blubber Busters, Ruin of the Reckless, The Bug Butcher and Blocks that Matter. 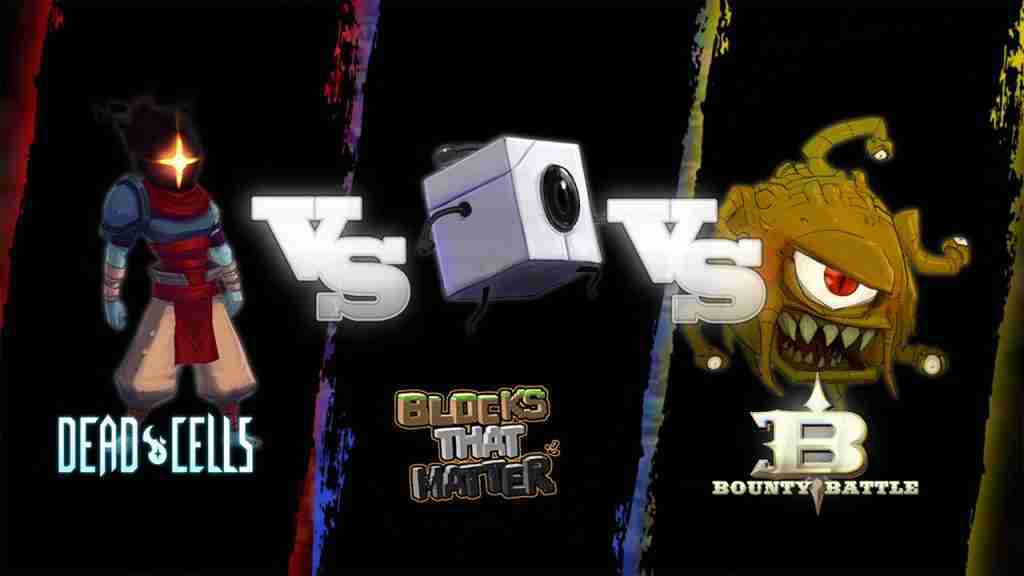 Off the top, I can say that I really wished Ori from Ori and the Will of the Wisp was in this game. Ori has become an iconic icon on the indie game community. This was definitely a miss but not a deal-breaker as it did include Gully from Battle Chasers: Night War which is one of my top games this gaming generation.

What is Bounty Battle

Bounty Battle does not really have a story, all we know is that a supernatural event of unknown origin caused huge vortexes to form across the multiverse. It selected the greatest warriors from each world and bestowed upon them magical powers. Each character has a bounty on their heads as they fight it out for control of the multiverse. Graphically this game looks amazing. Each character is detailed to the letter. If you are a fan of either fighter you will appreciate how each character is exactly how they should be. I am extremely grateful to Dark Screen Games for not changing characters to fit one specific style. This was a big sigh of relief as I was fearful of this. Additionally, each character has it’s own fighting style and move set. As I went through trying out each character I felt myself learning all over again adjusting to each character’s set of moves. Another thing I appreciated was the variety in minions. During each fight, you can spend bounty points to summon minions to help you in battle. Each fighter had its own which completely changes the gameplay as you have to adjust for the minions during battle. Multiplayer is where the game really got fun for me. Not only introducing my kids to these various characters but the gameplay really kicks up a notch and gets chaotic. Granted you can get this experience in a way in single-player, playing with family and friends really brought a different dimension to having multiple characters on screen. Overall Bounty Battle is a game I believe most will enjoy, and a title indie game fans will appreciate. Gamers who are into big-name fighting games like MK, Street Fighter, etc may not as the fighting as not as in-depth. The casual fighting game player like myself will find themselves up at night pouring hours into this title. Hopefully, this game gets an update to add more game modes as it currently only offers tournament, Versus, Challenge Mode, tutorial, and training room. Bounty Battle is set to release soon on Xbox, PlayStation, Nintendo Switch, and PC soon.   Review Completed On Nintendo Switch. Review code provided by the developer/publisher. <—Random Article | Random Article—> Leave some suggestions on what we can do better or change. Are you interested in writing, editing or just being a part of Lv1 Gaming? CONTACT US HERE! Be Superhero and Like, Share and subscribe to the YouTube channel. Go Tomb Raiding and give us a follow on Twitch as well! Twitch.tv/Lv1_gaming Would you kindly follow us on twitter at @Lv1Gaming Also follow our Facebook page!