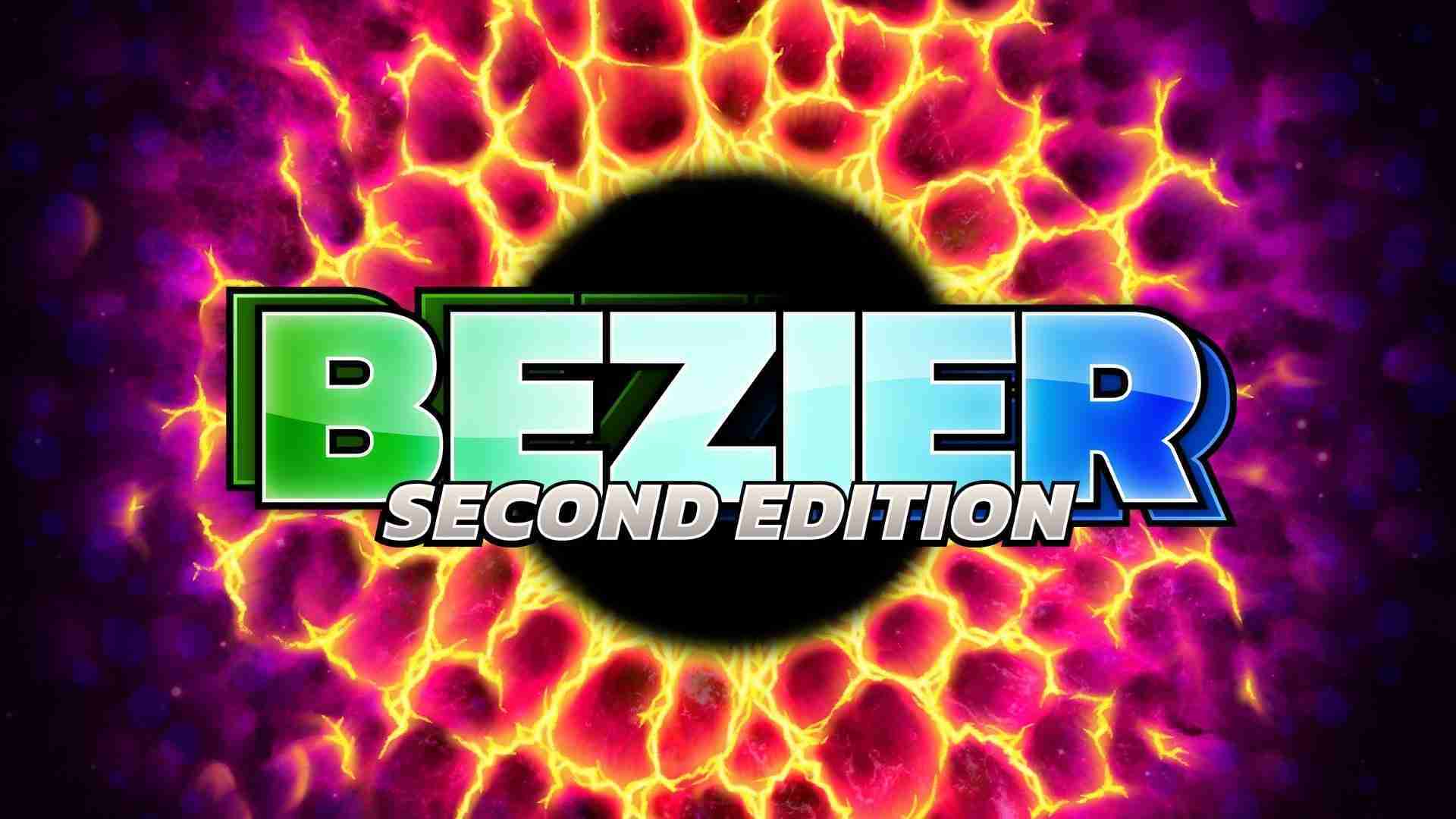 Since classics like Asteroids, Space Invaders, and Centipede released decades ago, the shoot-em-up (“shmup”) has long history in gaming. A multitude of games in the genre have released since then. These titles are generally valued by genre fans for their non-stop action and challenge. Thalamus Digital has thrown their hat into the ring with the Switch-exclusive shmup Bezier: Second Edition. How does it stack up to its contemporaries in the genre? Read on to find out.

Disclosure: The publisher provided the author with a code for the game for the purpose of this review. The information contained within this review is accurate as of the published date.

Bezier: Second Edition has a very simple visual style comprised mostly of simple two-dimensional structures, flat lines, and geometric shapes. However, that isn’t to say that Bezier is an ugly game. The game moves at an incredibly smooth clip with nary a dropped frame in sight. There is a strong Geometry Wars influence here, and it works well for the title.

Bezier also impresses visually in with just how much stuff it is able to fit on the screen at once. Those simple visuals mean that Thalamus Digital is able to have dozens of enemies on-screen at once, complete with weapon fire and various particle effects. At times it can be quite impressive to see. The weapon and particle effects add a nice bit of pop to the game’s graphics, and they stand out when compared to the other visuals in the game. The bright colors and explosions create a pleasant high-contrast look to the game’s visuals.

I wouldn’t consider Bezier to be a gorgeous game, nor is it in the upper echelons of video-game graphics. However, it is incredibly stylish with enough visual flair to make things interesting. Most importantly, it runs at an incredibly smooth and consistent framerate, which enhances the visual presentation and ensures tight gameplay.

The audio in Bezier is something special, and I consider it to be the standout feature of the game. Bezier  contains over 80 minutes of music, and Thalamus Digital certainly provided an eclectic mix of tunes here. Orchestral, techno, synth, and dubstep-like melodies to create a soundtrack that is truly unique. While that may sound terrible, trust me when I say that the soundtrack fits the game extremely well. In many instances, the soundtrack matches perfectly with the action taking place on the screen. An ominous-sounding voice narrates the story beats in the game.

Unfortunately, the story is the weakest aspect of Bezier: Second Edition. An underground computer system serves as the setting for the game. Said voice narrates the plot throughout each level, and it basically boils down to a strange version of Noah’s Ark taking place within said computer. While the various biblical references and commentary on evolution versus faith can at times be interesting, I would be lying to you if I said I could accurately decipher what was going on with the game’s plot. The story line in this game is, for lack of a better word, nonsensical. Mercifully, you don’t need to have a great appreciation for the story of Bezier to have a good time with the game.

The gameplay of Bezier is not dissimilar from similar twin-stick shmups like Geometry Wars and Resogun. The left stick controls movement, whereas the right stick controls shooting and aiming. According to the developer, there are over 100 different enemy types in the game. Not only does each enemy have a unique look, they also have differing abilities. Some will charge straight at you, others will shoot at you, and others can deploy damaging grids on the play area. Some are armored, some are not. It is up to the player to learn these characteristics for each enemy on the fly, which adds to the variety of the game and adds a layer of problem-solving to the proceedings.

In each level, the player destroys various “shields” that are scattered around the map, while taking out and/or avoiding any enemies that may stand in your way. Destroying these shields causes them to drop power-ups, which can be used to upgrade your ship’s agility and weaponry. There is a nice bit of strategy required in taking out these shields. For example, you might be tasked with maneuvering your way through a spiral of invincible foes to get close enough to a shield to damage it. Others have force fields that can inflict temporary status effects on your ship, such as “slow” and “reverse.” This adds welcome variety to the game.

The game’s level structure further expands on this variety. Upon the completion of each level, the player has a choice of where to proceed next. It works as pyramid structure of sorts. This encourages multiple playthroughs in that it is impossible to experience all of the game’s levels in one run.

At its core, though, Bezier is your typical twin-stick shmup, and it does excel in this area. It can be easy to fall into a trance-like groove as you dart around the map avoiding and shooting foes. The game can be brutally tough at times, and the difficulty is mostly concerned with the game overwhelming the player with an obscene amount of foes at any given time.

This overwhelming feel contributes to the main issue I have with the gameplay in Bezier. At times, there can be so much on screen at once it can be difficult to tell what is what (and what can hurt you). Fortunately, Bezier includes a health meter (whimsically called the “Ouch” meter), that does lend some forgiveness. Health pickups are randomly placed around the map as well. The player also has a useful radar-like system at their disposal. The radar is centered around the player ship at the middle of the screen, and indicates where shields, health power ups, and enemies are located. This is smartly integrated and makes it much easier for players to get their bearings amid all of the chaos occurring on the screen at any given time.

In addition to the story mode (called “Play”), Bezier also contains Endurance and Daily modes. Endurance is self-explanatory—survive waves of enemies for as long as you are able. Daily mode focuses on the player earning the highest score within a given time limit.

The core gameplay of Bezier is solid, making the game enjoyable to play at least in bursts. It is a game that I can jump into quickly, blow a bunch of things up, and jump out of in a bit once I’ve had my fill. It is not a game that I can see myself getting lost in for hours at a time, but the moment-to-moment gameplay is quite fun. Genre fans will likely get much more milage out of Bezier.

Bezier: Second Edition is a stylish twin-stick shmup with solid gameplay and a great soundtrack. While this chaotic gameplay sometimes exists to a fault and the story is nonsensical, the game has enough redeeming qualities to engage players. The gameplay is fun enough to be a fun occasional diversion for most gamers, but fans of the shmup genre should get a lot of milage out of this title.