The Smash World Tour & Panda Drama Timeline Games to Frighten You | Cogs In A Machine Ep.42 Evil West Review (Xbox Series X) Turn-Based Fest 2022 Jedi Survivor Release Date Leaked?
Players can now enjoy the most recent expansion for Destiny 2. Beyond Light was released yesterday, hopefully, you were lucky enough to play it. Bungie was kind enough to give us a Season of the Hunt calendar. During the Season of the Hunt, players will be working with Crow to find Xivu Arath’s lieutenants and hunt them down. To get the full low down on what’s happening this season you can click here. Also, here is the trailer for this season. Destiny 2 players who don’t get Beyond Light will still able to complete some of the free events. They won’t be able to enjoy any more than the first mission of the expansion. Now, if you buy the expansion and you don’t get the version with the season pass you won’t be able to get these things.

Players who just want to enjoy Destiny 2 and can’t afford the expansion can still unlock all of this.

FREE TO ALL DESTINY 2 PLAYERS 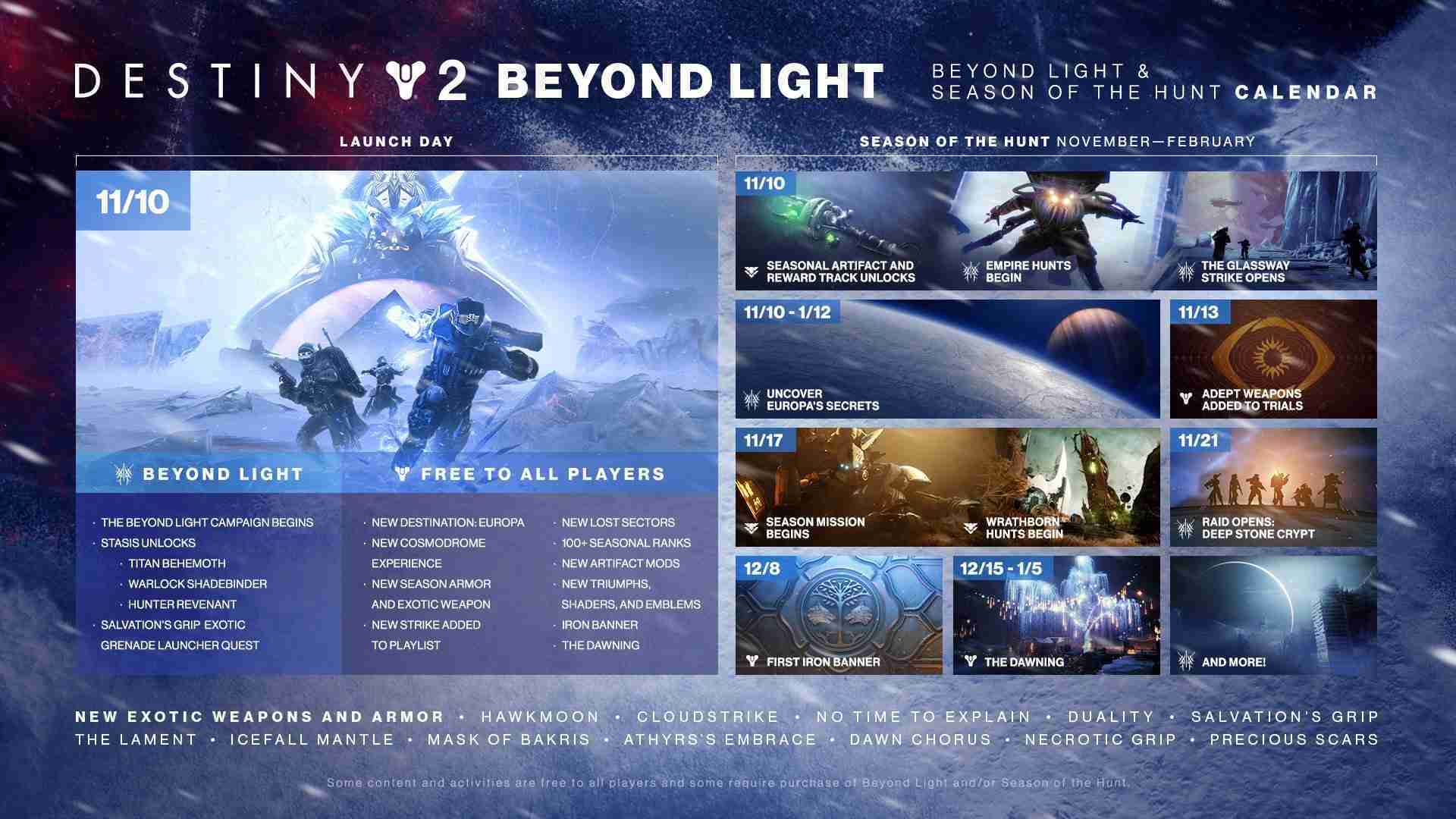 As you progress through the season take a look at some of the items you can unlock. Players will have 100+ levels of items that include seasonal armor to unlock. We have plenty of things to do that will be coming up in November. The raid will be coming on November 21st, expect streamers to play this first. One of the events that everyone will be able to play in is The Dawning. Expect plenty of fun things to do when this event starts on December 15th. I hope by the time this is published everyone has downloaded the game. Don’t forget to bookmark Lv1gaming.com for the Season of the Hunt calendar and all of your gaming news.
What’s your Reaction?
+1
0
+1
0
+1
0
+1
0
+1
0
+1
0
+1
0
Facebook Twitter Email
👁️ 62