Sons Of The Forest Release Information Confirmed Xbox 360 Marketplace Titles To Be Removed Fntastic Forced To Delay The Day Before Discord Available For Beta Users On PlayStation 5 Primal Omen To Carry On The Dino Crisis Mantle
The company behind some of the most stylish games you will ever play ATLUS now has a Developer page on steam. The only game on there right now is Catherine Classic. This could be the step towards ATLUS games like the Persona series finally coming to PC something people have been asking for forever. Reports stated at least Persona 4 Golden and Person 3 could be coming in the immediate future! 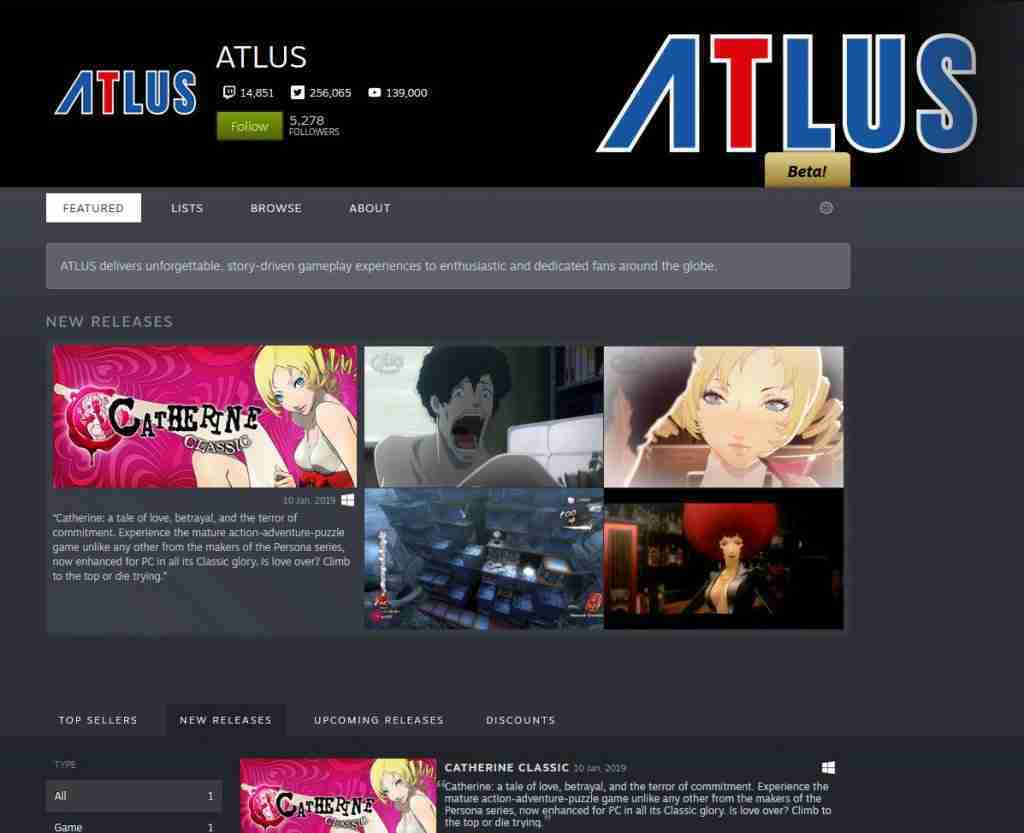 Aside from the Persona series ATLUS has a range of games for every taste of gamer. PC Gamer’s upcoming PC Gaming Show, airing this Saturday, June 13th for two hours starting at 11 am PST, has promised a few surprises. One of those surprises seems to be Atlus’ announcement that “something” is coming to PC.

We've got some exciting news to share at the PC Gaming Show, this Saturday, June 13th!

The tweet certainly implies that we are in for something big from the company. Some fans have pointed out that Persona 5 Royal is still listed as a PS4 exclusive, so the chances are high that the studio could be revealing the game is heading to PC. Catherine Full Body is another that could be carried over to Steam. The best move would be to just carry over the whole dang library of games. What do you think of ATLUS getting a Developer page? Do you think the Persona series is coming first? What ATLUS game would you like to see come to PC? Do you even care that ATLUS is on Steam? Let me know in the comments section below! Stay tuned for more Lv1 Gaming content! <—Previous Article
What’s your Reaction?
+1
0
+1
0
+1
0
+1
0
+1
0
+1
0
+1
0
Facebook Twitter Email
👁️ 67

The Last Of Us PC Release Hit With A Delay