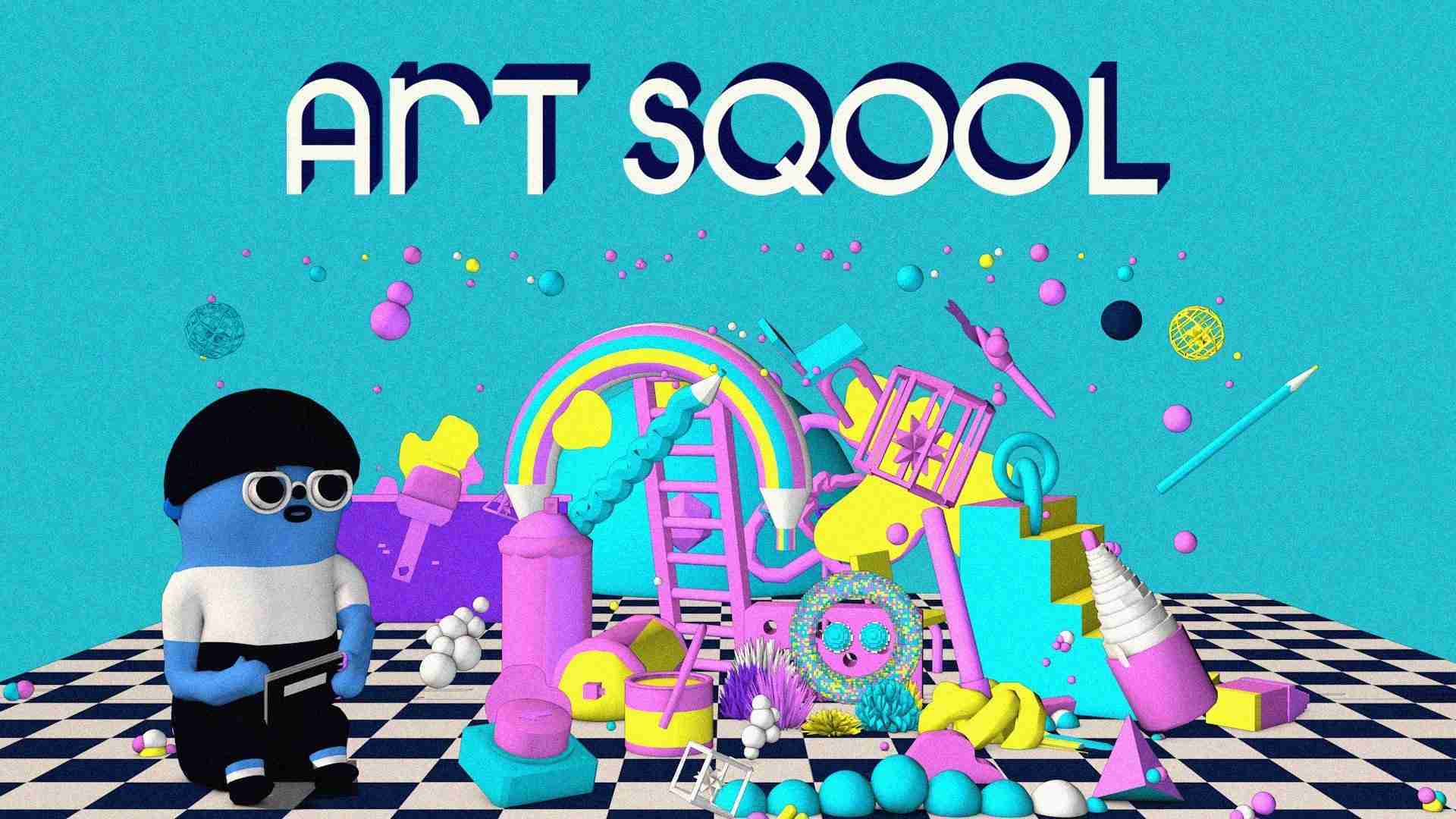 Art Sqool, a short game developed by Julian Glander for PC, Mac, and the Nintendo Switch. The game takes place on a school campus with some hidden brushes that allow for the game to continue. It was released on February 5th last year.

The Developer behind Art Sqool

Julian Glander is a 3D artist from Brooklyn whose work of animation and illustrations were featured on Adult Swim, WIRED, and the New York Times. However, he is also known for his comic series Susan Somethin; as well as his short film Bloop’s Birthday. Glander also released two other game: Cloudytown in 2014 and Lovely Weather We’re Having in 2015. The game is very similar to Glander’s other works by being in 3D and the colors of blues, pinks, and purples being the most common in a pastel or candy-like form.

The player takes form as Froshmin, and it’s their first year at Art Sqool. The player needs to create art and explore the beautiful, yet mysterious campus. Froshmin’s teacher Professor QWERTZ; who’s an art trained artificial intelligence, will grade the player’s artwork and hand out prompts using his high tech capabilities.

The features of the game allow for 4-6 hours of gameplay, a soundtrack (which the developer noted as a banger), a sprawling school campus in 3D, and over 200 prompts for what to draw. As Glander explained on the website, the player must find and collect cool brushes to help the player’s artistic process. As well, he explained that the prompts will guarantee to help anyone in a creative block.

What Happened to Anthem? Is The Future Bright?