Ranking Nintendo Directs Part 5 | Cogs In A Machine Ep.36 Early Impression of The DioField Chronicle Demo Blossom Tales 2 Review (Switch): Return Of A Campfire Story. Thymesia Review – An Introductory Soulsborne Experience Hogwarts Legacy Hit With Delay
Turn-Based Strategy RPGs are currently the most installed genre of games across all my gaming platforms. Metaverse Game Studios and their Unreal Engine-powered game Angelic has a new take on the genre. Above all, the new combat mechanics add new levels of depth to an already complex game genre. Metaverse Game Studios is an independent US-based team filled with industry veterans who have worked on titles that range from Halo 3 to League of Legends.

Story and Setting of Angelic

Firstly, Angelic looks to have a deep story set in a dark science fiction universe. In the year 2507 mega corps run planet Earth. One of the companies, Angelicon, had been working on a project to create immortality. As a result of completing the project they now became the top company on Earth. The newly created neohumans (or fallen angels) rebelled against the rest of humanity. Humanity, after the war and banning Angelicon’s project, continued to advance to the point of planetary colonization. A new threat is destroying the colonies and you are a space scavenger whose team makes a big discovery of a neohuman distress beacon.

Strategic Positioning Will Be Key

Gameplay is deep and looks to take inspiration from a variety of games. Recruiting heroes, gaining their respect, upgrading, and customizing them will be how you build your team. There is a deployment mechanic that allows you and your enemy to strategically place your units on the battlefield. For instance, you can place your long-range unit out first and see how the enemy reacts. Then place your healer to be a distraction and give your combat unit the open shot. This is one small way that Angelic separates itself from other games in the genre. 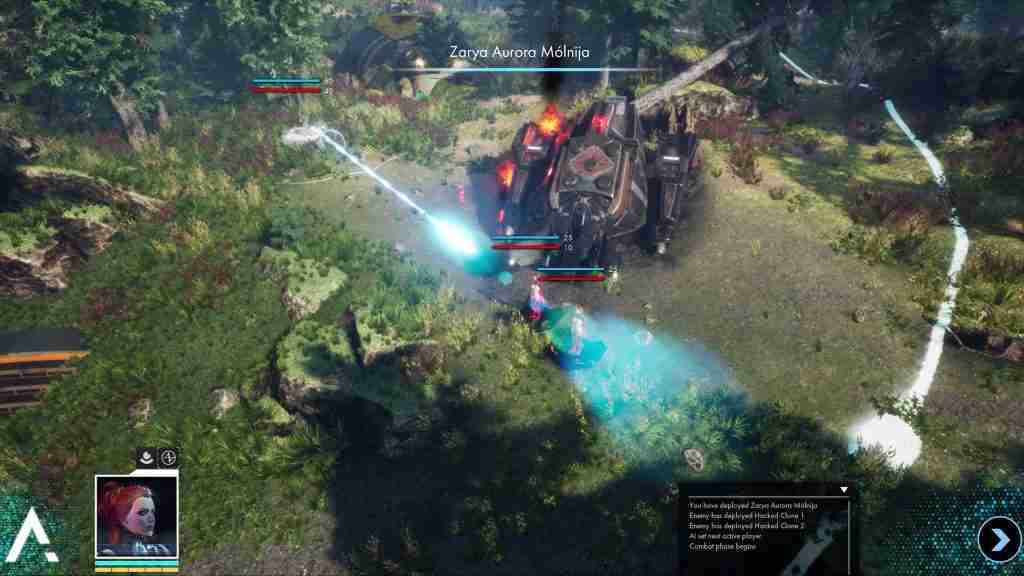 Angelic is in development and Metaverse Game Studios is getting ready to start a Kickstarter campaign later this month. I am most excited for the combat and ship base mechanics. The ability to place units on a battlefield for tactical advantages is a serious gamechanger. Combat looks intense but not impossible. No release date has been announced but the development team is constantly updating the game’s progress on the official website. Much love to Erkan Bayol for connecting with us and giving LV1 Gaming some early insight into the studio’s first title. Angelic is on my radar and if you enjoy tactical RPGs then you should keep an eye on it as well.