An Update on Jedi Master Kenobi in Galaxy of Heroes 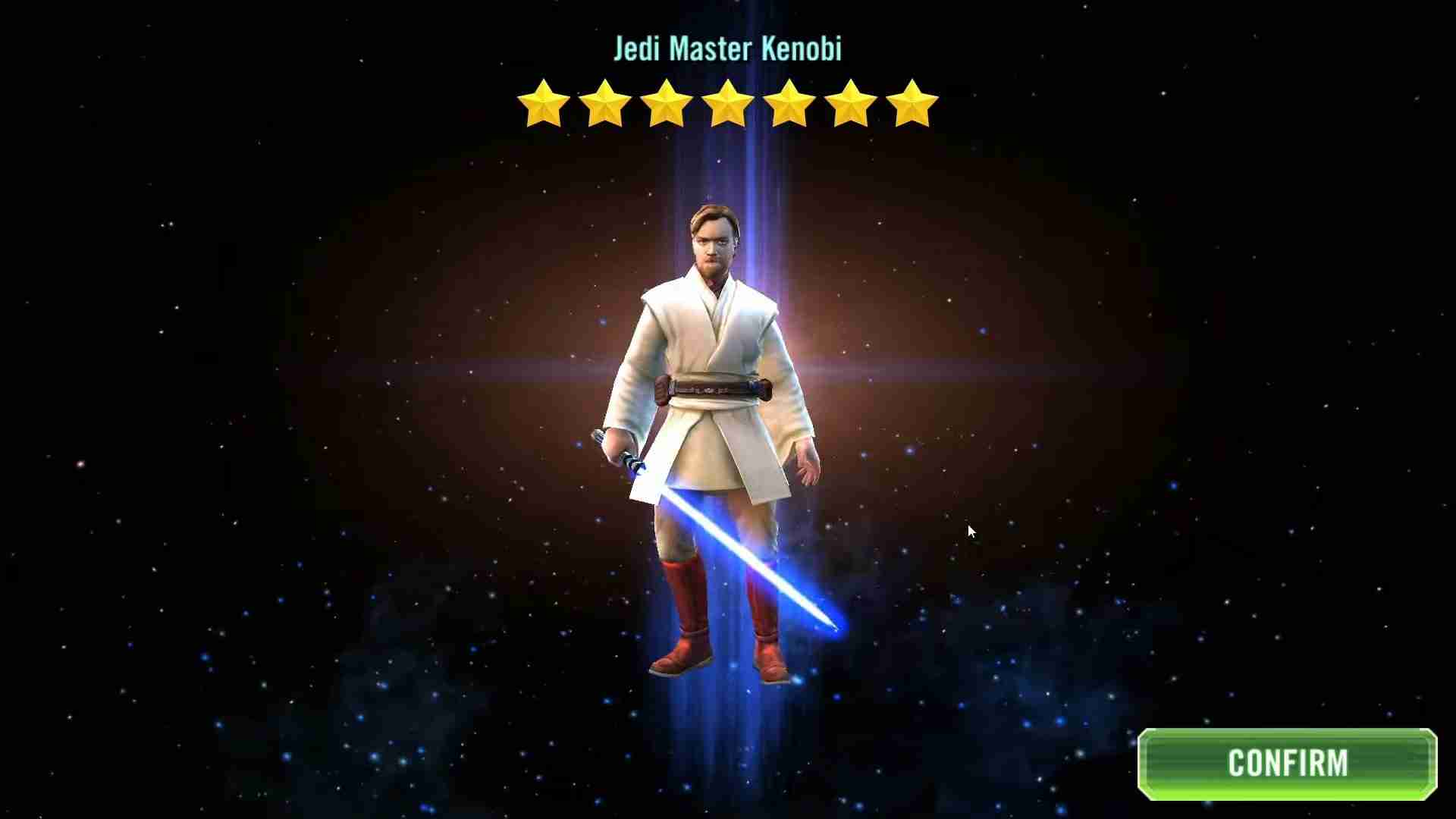 A week has passed since the release of Jedi Master Kenobi in Star Wars: Galaxy of Heroes. More people are unlocking him and we’re getting a better picture of his place in the meta. It is fair to say that Master Kenobi is easily one of the best Galactic Legends you can get. You can read more about his introduction to the game here.

As more time has gone by the community has found more and more counters to his Galactic Republic Jedi team. One team that can beat him is the Imperial Remnant which has been neglected thus far as a faction. Led by Moff Gideon and backed up by the one and only Dark Trooper, they boast impressive durability and firepower. Another counter that was found was Padme and her Galactic Republic team. Her leadership ability which provides critical hit immunity and grants bonus protection when the enemy attacks out of turn, helps to keep the team alive long enough. The last major team that was found was the Bad Batch. With the help of Shaak-Ti, they are able to push through General Kenobi’s defenses.

Jedi Master Kenobi is also doing good work in the raids. It is being reported that he and his Jedi team are able to solo the Heroic Sith Triumvirate raid. In addition to that, it has also been said that he is able to do good work in the Challenge Tier Rancor raid. His damage output and survivability are stated to be on par with that of Supreme Leader Kylo Ren.

It is fair to say that Master Kenobi is easily one of the best Galactic Legends you can get.

In Grand Arena, it seems that he is more offense-oriented than defense. Other Galactic Legends were able to push through his team when he is put on the defense. His AI doesn’t seem to play optimally and uses his abilities either inappropriately or on the wrong squadmates.

With that being said, it is fair to say that Master Kenobi is easily one of the best Galactic Legends you can get. He has a strong kit and is one of the most popular and beloved characters in Star Wars. While he may not be easily obtained as someone’s first Galactic Legends, he is a solid addition to anyone’s roster.

The Medium Gets A New Gameplay Video