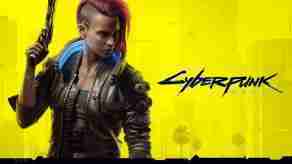 Apart from its sales, Cyberpunk 2077 has had a troubled launch. Today the developer CD Projekt Red issued an apology for not showing Cyberpunk 2077 running on last-gen consoles prior to the 10th December launch. They will also allow gamers regardless of platform and media to get a refund for the game.

The developer posted on their website saying they should have paid more attention to the performance on last gen hardware earlier. The performance of the game on these base systems has received a huge amount of criticism and Digital Foundry stated the base PS4 performance was a mess.

Second, we will fix bugs and crashes, and improve the overall experience. The first round of updates has just been released and the next one is coming within the next 7 days. Expect more, as we will update frequently whenever new improvements are ready. After the holidays, we’ll continue working — we’ll release two large patches starting with Patch #1 in January. This will be followed by Patch #2 in February. Together these should fix the most prominent problems gamers are facing on last-gen consoles

This information was posted also on social media

Finally, we would always like everyone who buys our games to be satisfied with their purchase. We would appreciate it if you would give us a chance, but if you are not pleased with the game on your console and don’t want to wait for updates, you can opt to refund your copy. For copies purchased digitally, please use the refund system of PSN or Xbox respectively. For boxed versions, please first try to get a refund at the store where you bought the game. Should this not be possible, please contact us at helpmerefund@cdprojektred.com and we will do our best to help you. Starting from today, you can contact us for a week up until December 21st, 2020

One point to note is that we are under 2 weeks left until Christmas and what support is their for those who have base systems and have bought this game as a gift is not mentioned as yet. It could be possible this could be looked at after Christmas.