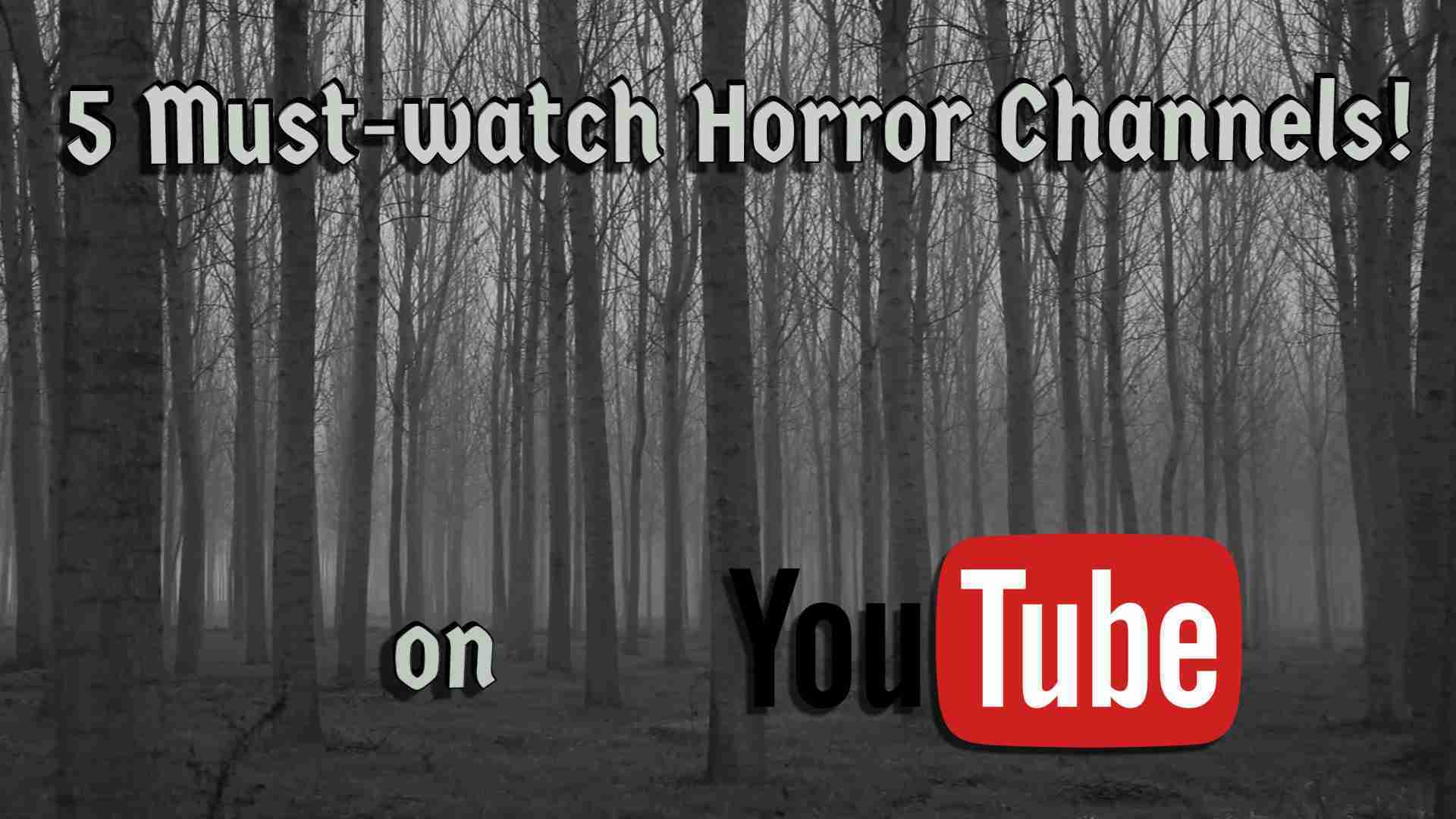 Are you looking for some original horror to watch, don’t care what the size is, and wanting high quality? Then this list is perfect for you! Here is a list of 5 must-watch horror channels on YouTube (in no particular order). Some are truly horrific in the best sense, from psychological horror to horror-comedy, some are creepy, and some are just plain… weird but still have that creepy vibe. So, sit back, relax, read through this list, and then go watch for yourself!

Crypt TV: They are the defacto horror channel for Movie Monsters on YouTube; As well as being one of the biggest horror channels on YouTube. They’ve made a name for themselves by really focusing on monster stories and even created their own interconnected monster universe through their original series. Wanting to create monsters as iconic as The Xenomorph or The Thing. There’s a little something here for everyone whether you prefer classic monsters, modern monsters, slasher, or sci-fi style horror they got it. They also do what’s called “supercuts” and when a few videos or seasons are done, they’ll put all the videos into one for ease of watching. I’ve seen many, if not all, of the videos and that makes it so hard to make a suggestion. I like so many I can’t decide so go check out their CryptTV monster universe playlist and choose your poison to get you started!

Screamfest: I’m going to come out right now and say it, they have one of my all-time favorite horror shorts I’ve ever seen “The Listening” go and watch it right now (I’ll wait). So this channel is actually dedicated to The Screamfest Horror Film Festival; as such the films featured on this channel are from that festival and come from all over the world complete with subtitles when needed. And for those who are budding horror filmmakers, they even have a submission page listed for your ease of access to submit your film on their page. So what are you waiting for go get to it! Oh wait, you want another suggestion? Okay, go check out “Knock Knock,” an amazing psychological horror short.

ALTER: Like Screamfest, ALTER has a submission page for those filmmakers looking to submit their work. Where Screamfest is mostly focused on horror genres across the spectrum for the festival. ALTER is focused on more grounded horror stories, set within the human psyche and tricks of the mind. While ALTER may have its monsters, it’s rarely the core plot, it’s more focused on the fragility of human nature, psychological aspects, and reliability. So if you are looking for something that will make your mind do flips check them out! Ok suggestion time so the ones I recommend starting with are “The Dollmaker” and “We Got a Monkey’s Paw.”

Social House Films: This YouTube channel came to my attention just last year, though the channel was originally made back in 2017. They don’t have many films uploaded as it looks like they just started to find their traction last year, but the films they’re putting out are fantastic! They’re a small team, so expect to see the same actresses or actors in every film. However, that does not take away from anything as everyone is great at what they do, the roles they play, and I have yet to honestly watch one of their films and find it boring. Admittingly, there was one that wasn’t creepy or scary to me, but all the others? Yes! I finished watching them feeling that great creeped-out sensation. I look forward to when they update and hope they keep a steady schedule going. Also one last thing, after every film, you can expect them to upload a behind-the-scenes video on how they made the film and I love it! Check out their BTS if you want an idea of how they made each video. Ok Suggestion time, I say to start with one of their very 1st films “The Ice Cream Man”, and then check out “The Mannequin” or “Slasher.” Or just watch them all, as I said before, they don’t have many films yet, so binging them all in a day is absolutely doable.

MeatCanyon: he makes cartoons, but these aren’t the for your kids kind. And with some of them, he’s ruining your, and my, childhoods one cartoon at a time. I won’t say his films are horror necessarily, but they definitely bring out that creepy spine-chilling vibe. I will say, however, that his films aren’t for everyone as they can be crude, offensive, and obscenely disturbing to some. I do have my favorites, but I wouldn’t even know where to start with a recommendation, what part of your childhood would you like ruined first?

True Horror Stories POV: Ok so this a bonus channel I absolutely recommend. This is a new channel that started last year; however, it was only in the past few months that they came to my attention. The first video that was brought to my attention is called “Midnight Jog (POV)” it freaked me and had me falling in love from the start! The videos either don’t have any dialogue or they do, but it’s in Malaysian (I believe) but you can turn on YouTube’s subtitles. The videos are based on what happened to the creator growing up, though they did say that some are exaggerated for the videos. They also offer you to share your true stories with them and if you would like them to reenact them, they would do their best; no guarantees though. They are unsettlingly creepy knowing they are based on people’s experiences and definitely worth checking out!

And that is my list of 5 must-watch horror channels on YouTube. It has made me so happy as a horror nut to see just how much love there still is for the genre. While a lot of classic horror movies are no longer what they once were and sometimes new ones aren’t always original; it is amazing to see that there is still so much love being put out there. These creators definitely put love into their videos so make sure you absolutely go and check out everyone on this list.

Do you guys have your own list of 5 must-watch horror channels that you like to share, are they some of the same, let me know down in the comments below.