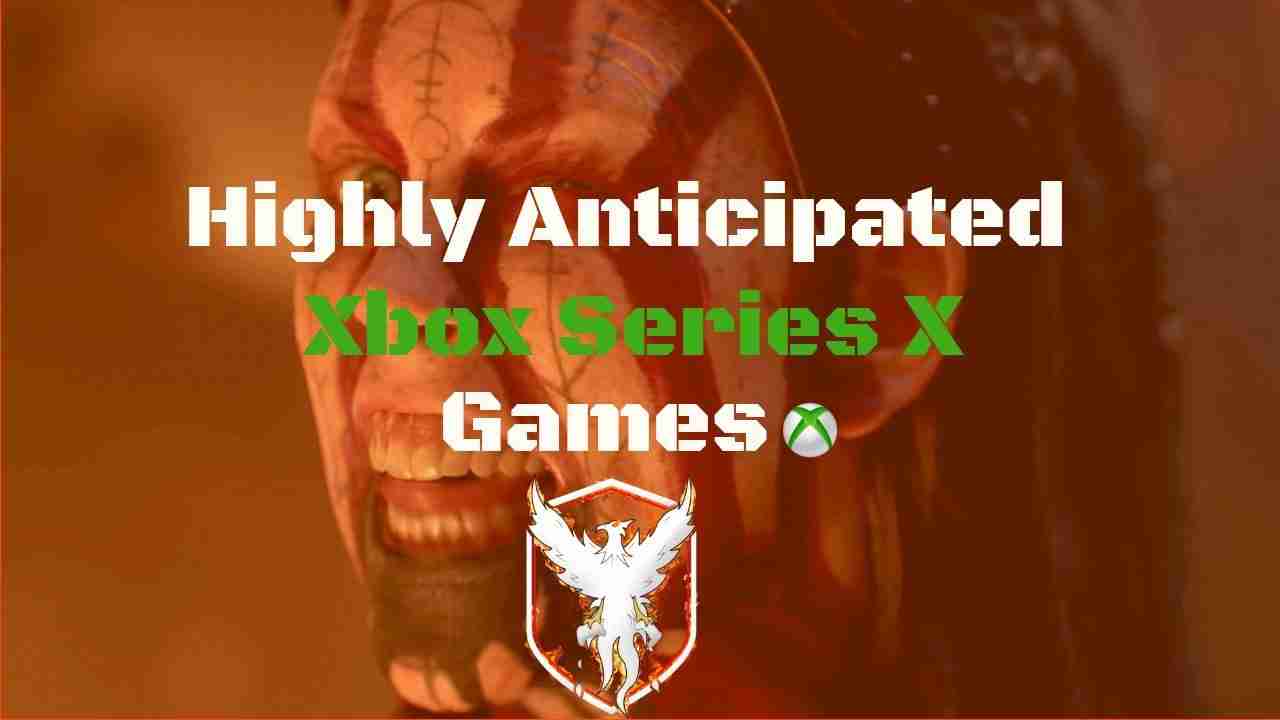 It’s no secret, the first-party output from Xbox Game Studios has been lacking. This previously ended gaming generation for Microsoft’s Xbox was one to forget for the most part. However, after making some very good studio acquisitions Xbox is in a position to really make some noise this gen with their first-party lineup. Here are 5 Highly-Anticipated Xbox Series X Games that you should be excited about. Quick note, these games will also be playable on Xbox Series S.

For Xbox fans looking for that “God Of War’ type experience. This may be the title for you. Originally released in 2017 by now Microsoft developer Ninja Theory, the original Hellblade was labeled as a Triple-A indie game by some. Visually the game today still looks & plays great. Couple that with a great story that deep dives into psychosis, Ninja Theory has the building block for a franchise moving forward. To show fans how much faith Xbox has in the franchise, Hellblade 2 was the game that was teased alongside the recently released Xbox Series X. Though we have no seen much of Hellblade 2 outside of the trailer released last year, fans should be excited based on the merits of the 1st title alongside the amazing team at Ninja Theory. And to be honest, after completing this game twice, I have a bias towards it. Hellblade was my personal GOTY 2017.

With what was supposed to be the big Xbox release for Series X launch, Halo Infinite was delayed in 2021. 2020 felt empty in many ways for Xbox with this delay. When Microsoft showcased this title during their games show, many fans of Halo were excited to new the newest changes and addition to the franchise. While just as many, if not more, ridiculed the game for how it looked visually. Many felt as though since this was the flagship Xbox Series X title, the Xbox One version should be dropped as not to hold back the superior console. Microsoft ultimately delayed Halo Infinite a full year as it is now slated to release fall of this year. Even with its initial first impression, Halo Infinite is one of the most anticipated games to release in 2021, not just for Xbox. The pressure is on 343i to deliver a title worthy of the Halo name.

Avowed in my opinion gets placed into the “I just trust the developer” folder. Coming off the success of the highly-rated The Outer Worlds, Obsidian Entertainment is back in the lab with its newest RPG Avowed. The isn’t much known about this title besides that it is a first-person RPG set in the fantasy world of Eora. Even though Obsisdan did release a title recently, Grounded, Avowed is the big title everyone anticipated when Microsoft bought the studio. Obsidian has made some of the best games from the past two generations, giving them the freedom to “just trust them”. I am willing to bet Avowed will successfully continue to Obsidian legacy.

The king of racing games is for sure making a return soon. The Forza Horizon series has cemented itself as one of the if not the best racing series in gaming history. It’s safe to assume Playground Games will continue the tradition with Forza Horizon 5. In terms of the Forza series the phrase “If it ain’t broke don’t fix it” doesn’t really apply. It’s more of “If it ain’t broke, continue to improve on it”. Just like the previous, “Just trust this developer”. Although Playground Games is also making the new Fable game, it will not take away from Forza Horizon 5 as it has a dedicated team.

Let’s round this out with the game that seemed to receive the most hype when it was finally, officially announced. Fable was the worst kept secret in gaming for most of 2019 & 2020. Many reputable people leaked this information, it was just about when Microsoft would make it official. As we know this new Fable game is in production at Playground Games by its second team which is filled with industry veterans who have worked on previous AAA titles. What is unknown is if this is a complete reboot, which I really pray it is, or if it Fable 4. We do know however is that the Fable franchise has a very loyal fanbase and is extremely excited to be receiving another mainline title.

What is your thought on my 5 Highly-Anticipated Xbox Series X Games? Also, What is yours? Let me know in the comment section below. Additionally, use the link below to help you find an Xbox Series X|S

Xbox Series S: The Most Interesting Next Gen Console